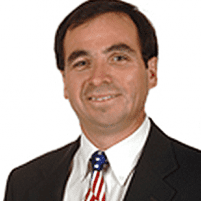 Family medicine specialist Dr. Mark A. Ramirez offers a variety of primary care services -- including the diagnosis, management, and treatment of diabetes -- to patients who live in Hemet, California.

Diabetes has become an epidemic because of the widespread outbreak in obesity. Problems with blood sugar regulation are at the heart of diabetes. In healthy people, a gland called the pancreas secretes a hormone called insulin, which counteracts any increase in the blood sugar. The condition called juvenile diabetes or type 1diabetes occurs when the pancreas stops secreting insulin. Gestational diabetes occurs only during pregnancy. Type 2 diabetes -- the most common type -- usually occurs in middle to late adulthood, and results from the body cells becoming less responsive to insulin (insulin resistance).

Are There Risk Factors for Diabetes?

Besides obesity, the most common risk factor for all three kinds of diabetes is a family history of the disease. Viral infections may be the trigger for type 1 diabetes, and dietary factors like low vitamin D levels may also play a part. Type 2 diabetes risk rises with age, being overweight and inactive. An increased risk of diabetes is found in certain groups: blacks, Hispanics, American Indians, and Asian-Americans. Gestational diabetes typically occurs in women who are overweight or older than 25 during the pregnancy.

Does Diabetes Have Complications?

How is Diabetes Treated?

The primary goal in diabetes is to control blood sugar levels. Mild diabetes can sometimes be corrected by diet and exercise, and all forms of diabetes require dietary modifications. People with type 1 diabetes must take insulin injections, and gestational diabetes may also be treated with insulin if it is severe. Type 2 diabetes is more likely to be treated with oral medications. Ideally, people with type 2 diabetes should lose weight, as this helps control the blood sugar.

The purpose of diabetes treatment is to help people lead longer and happier lives, which include the five-finger principles of what is most important:

Our practice accepts most major insurance plans. If you do not see your insurance listed below, please call our office to speak with one of our knowledgeable staff members about your individual coverage.

Words from our patients